Are you sick and tired of looking at the same old thing day in and day out of your home? Is it time for a new interior design? If you want to create a home that is stylish and mixes the exotic with the traditional, the British Colonial Interior style might be just the thing to make you fall in love with your interiors once again.

What is the British Colonial Style?

The British Colonial style stems from the heydey of the British Empire back in the 19th and 20th Centuries it combines the romance of exotic locations like the Far East, India and the Caribbean, with the class and sophistication of the well-to-do Brits of the time. It is a style that can easily be adapted to meet your tastes and complement your locations; a style that is as relaxed and cozy as it is pleasing to the eye.

If that sounds good to you follow some simple steps to get your home looking like a British Colonial retreat in no time at all:

The classic British Colonial home would have almost universally featured white, off-white or cream walls, alongside decadent wallpapers, although there are exceptions, and it is probably the best way for you to achieve the look with ease. After all, white walls always look good, go with anything and are reminiscent of exotic retreats with their white stone.

If you want your british Colonial Interior to be truly authentic, then you simply must install a large ceiling fan, like the oversized ones you’ll find at http://www.modernfanoutlet.com. The members of the British Empire who were posted in the colonies were hardly used to the hotter climates and having a ceiling fan in their dwellings was a must.

When choosing your ceiling fan, be sure to choose a piece that looks authentic. Ideally, one which is made out of wood (or brass) and errs on the traditional, rather than more contemporary in style. 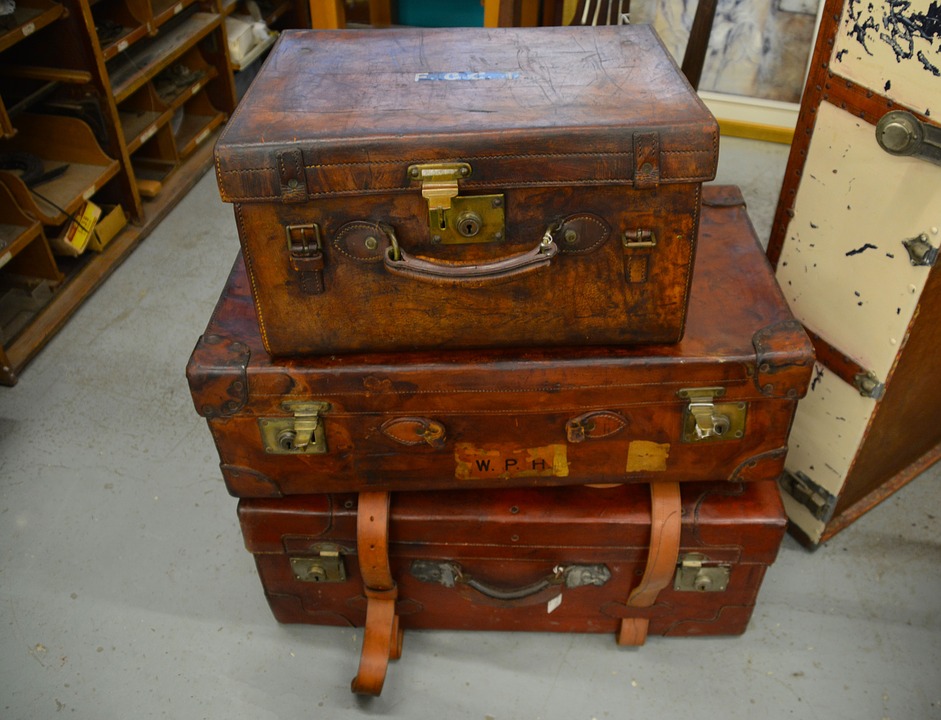 Decorate with a few well-placed leather trunks. Those British Colonials did a lot of traveling. What better way to give them a nod and make your interior really match up to the classic colonial places.

For that comfortable, yet somehow sophisticated look you’re after, use them as impromptu coffee and side tables or ottomans and footstools for maximum effect. Make sure that you buy vintage pieces that have seen a lot of wear and tear.

Rattan furniture is something that you probably associate far more with patios and sunrooms than the living room or bedroom.  If you want your British Colonial interior to really hit the mark, include a well-placed plantain chair or rattan storage ottoman in the living room.

Of course, you’ll want to include sideboards, shelving units and cabinets in the space too. For those items, you can’t beat teak. The warm, neutral brown of this wood will perfectly complement the light rattan and the even lighter walls. Creating a cohesive whole that screams sophisticated 19th Century Colonial design.

Britain was all about the chintz of delicate laces, soft satins and pretty floral prints before it expanded into places like Africa, India and the Caribbean, where its senses were assaulted (in the best possible way) by more exotic offerings like animal furs, bold botanical prints and less-muted hues. Don’t be afraid to (sparingly) throw in some leopard print throws, palm leaf cushions or bold, bright throw pillows.  These will bring a bigger hint of the exotic into the place.

You might not be living on a pristine Caribbean Island or in the heart of exotic India like many of the British Colonials in the 19th and early 20th Century.  However, that doesn’t mean you can’t evoke these far-flung destinations and make your interiors even more authentic. Especially if you have access to a plant nursery.

To spice things up a bit, fill your home with a natural palette of dark greens, earthy browns and exotic fuschias.  You can do this by adding a few choice exotic plants, such as indoor palm trees and orchids. Use them in every room, but do so sparingly, for the most impressive impact.

British Colonials almost always had shutters installed on their property to keep the heat of the day out. They were spending so much time in extremely hot conditions shutters provided relief from the heat.You should do this too by installing some dark wood shutters, preferably pairing them with some light and easy white sheer curtains to create a contrast in tone that screams British Colonial.

British Colonial homes were known for their decadence and luxury.  They were also known for combining British decor with more exotic elements. You would rarely come across a home that didn’t have at least one four-poster bed for the master of the house. So, why not treat yourself to one too?

Hardwood flooring is a staple of British Colonial Interiors, not least because, at the time, hardwood floors would have been more practical in the heat, but also because they look rich, sophisticated and exotic, especially when they’re dark and expensive.

For the comfort factor, don’t be afraid to purchase overly large, comfy couches, like the ones at www.wayfair.com/, that you can just sink into at the end of the day. Leather couches in deep rich brows or red are a good choice, as are white or cream fabric sofas. Accessorize them with rattan end tables and a battered suitcase ‘coffee table’, and you will have achieved perfection!

As you can see, there are lots of elements which you must combine to create an authentic British Colonial look.  If you’re not prepared to make all those changes or maybe a full-on Colonial home would be too traditional for you. There’s no reason why you can’t pull out one or two elements and use them to make your interior a little more special and sophisticated.